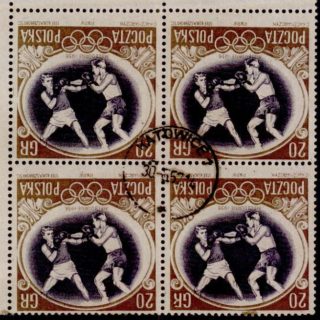 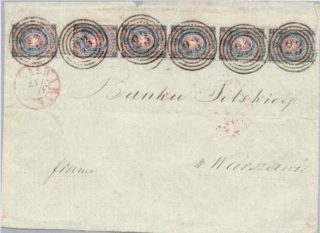 In the Polish philatelic workshop, postage stamps are collected from the first Polish stamp from 1860, the so-called “Polish 1” for contemporary ones in the postal circulation.

Stamps are collected in the form of individual copies forming collections or full sales sheets, sheets or blocks. What distinguishes the museum collection and its uniqueness is the philatelic material documenting the various stages of stamp production: accept (a stamp sheet with an official handwriting allowing it in terms of content and color for printing, appearing in only one copy), sheets or stamps being attempts colors, matrix prints from the various phases of the rites in the case when the stamp was issued with the noble steel engraving technique.

A separate group consists of secretaries, envelopes and post-paid stamps as well as First Day Cover (FDC) issued on the day of issuance of a given issue.

Stamps are also collected due to their errors and defects created in the production process. The most common ones include: color and text errors – including imprint or defective print, double-made, shifted or inverted or vice versa printed drawing. The best-known badge of this type of error is the “boxer’s undershirt” – a stamp with an inverted illustration of boxers in the issue of 1956 on the occasion of the Olympic Games in Melbourne.
The most valuable are the thematic collections: 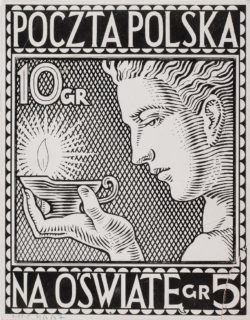 The department also collects graphic documentation of Polish postal marks: designs of postmarks made by graphic artists, boards of stamps and various types of prints, clichés, printing forms and matrices used for their production.

The most numerous inventory group consists of designs and sketches of postal marks, where, apart from postage stamps and postcards, envelope designs are made on the first day of circulation and occasional cancellations.

This collection began to be created in the 1920s, and now gradually enlarged, it now has over a dozen thousand exhibits. It was created mainly thanks to transfers from Państwowe Zakłady Graficzne, Polska Wytwórnia Papierów Wartościowych, the Ministry of Post and Telegraph, later the Ministry of Communications and the Central Board of Poczta Polska in Warsaw, as well as through purchases from private individuals.

The oldest exhibits in the museum collection are the designs of postal stamps in Warsaw and Zawiercie from 1915 made by Edward Trojanowski and Juliusz Isa-ak. The museum collection is composed of designs from the first competition organized in 1917, which after regaining independence were used to issue circulation stamps. An interesting fact of the collection are unrealized projects of plebiscite stamps of Cieszyn Silesia ordered in 1920 by Cracovian graphic artists and designs of stamps from Central Lithuania for emissions from 1920-1922.

The designs of inter-war stamps made by drawing techniques by well-known artists reflect the tendencies prevailing in contemporary art.

In the post-war period, a new generation of creators appears for decades developing the visual arts of postage stamps. The prominent creators of the postmark include Stefan Malecki, Andrzej Heidrich, Jerzy Desselberger, Jacek Brodowski, Wiesław Wałkuski, Maciej Jęrdysik and Andrzej Gosik. The collection of the Graphic Documentation Section includes projects of over 100 artists who speak in the field of applied art, oscillating between the rigors of miniaturization and creative freedom.

A separate inventory group consists of Cliches and matrices for printing postmarks, the exhibits of which illustrate the process of printing Polish postal marks mainly from the interwar period. The most complete documentation from various printing phases has stamps printed with typography – the convex printing technique.

In the group of discussed exhibits there are also pramatrices and secondary secondary forms obtained by mechanical or galvanic method for printing stamps using steel engraving technique. In addition, there is a large historical and cognitive value of woodcarving blocks in the collection of the internal mail of the prisoner camp VII A in Murnau from 1942-1945. 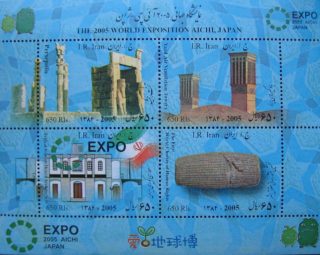 Here you can find postage stamps issued by the post office of 190 countries belonging to the Universal Postal Union (Union Postale Universelle – UPU), which was founded in 1874. Poland has been a member since 1919.

States belonging to the UPU send philatelic values ​​to the headquarters of the association, Bern in Switzerland, where they are divided and sent to all members. The postage stamps collected in the Museum are used for exhibition, teaching and cognitive purposes. The oldest and most valuable asset is the first “Penny Black” stamp in the world, published in England in 1840. The philatelic curiosities include stamps issued, inter alia, by Bhutan (a small state in the heart of the Himalayas) made of plastic, wood, fabric , gold or silver foil, as well as stamps from the traditional material, which is paper, which was soaked in the aroma of perfumes, flowers and coffee. Noteworthy are also stamps made using three-dimensional technique, with a hologram or embossed. The admired and admired values ​​include stamps made in the technique of steel engraving by the outstanding Polish engraver Czesław Słania, the author of 1070 postage stamps for 31 countries and the United Nations. His achievements in the field of stamp making have been entered into the Guinness Book of Records in three categories. Many of his works have been awarded and recognized as the most beautiful stamps of the world.

I consent to the processing of my personal data in connection with the implementation of the application, i.e. in order to: eg give me an answer and make contact. Providing the data is voluntary, but necessary to process the inquiry, and the basis for their processing is my consent, which I can withdraw at any time. I have been informed that I have the right to access my data, the possibility of correcting it, requesting discontinuation of processing it, and lodging a complaint to the supervisory body. Personal data will be processed until consent is revoked. The administrator of personal data is the Museum of Post and Telecommunications in Wroclaw.